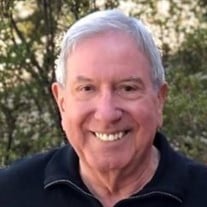 Terry Glover, 77 of the Bagley community, was born June 27, 44 and was reunited with his wife Leslie and son, “Little Jimmy” on Dec. 31, 2021. He was a graduate of Corner High School. He served in the Army National Guard. He began his career in law enforcement in 1969, and ultimately retired as Sargent from the Birmingham Police Department as well as the Jefferson County Sheriff’s Department. He attended Dorsey Creek Community Mission Church. He was an avid Auburn football fan. A Celebration of Life service will be held on Tuesday January 4, 22 at 2:00 pm in the New Horizon Memorial Chapel. Rev. Ted Blalock and Rev. Preston Headrick will officiate. Burial will follow in McCormack Cemetery. Visitation is Tuesday from 12:30- 2:00 pm. He was preceded in death by his wife of 32 years, Leslie Ann Smith Glover; his son, Terry “Little Jimmy” Glover; his parents, Mama Jean and Daddy Oliver Glover and his grandparents, Celia and Leonard Stanley. Survivors include his daughter, Traci Leigh Glover Lockett and husband Peyton; grandchildren, Popsy's little buddy, Smith Brooks Lockett and Popsy's little princess, Ann Peyton Lockett; special fiancé, Brenda Knowles; siblings, Edith Burr (Cecil), James “Brother” Glover, Susie Doss (Ray), Brenda McDonald, Debra Rhodes, Gary Glover (Jerri) and June Odom; several nieces, nephews, other relatives and many friends. The family would like to thank everyone for their prayers; those who have called, visited or helped in any way during this time. “He will always be remembered as a good man and will be missed dearly by his family and friends”.

The family of Terry Glover created this Life Tributes page to make it easy to share your memories.

Send flowers to the Glover family.