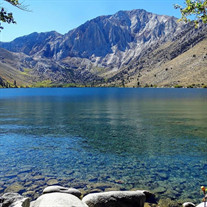 Terry Wayne Blackmon, Sr., age 78 of Bagley, passed away on Tuesday May 4, 2021 at Baptist Princeton. He was a lifetime member of Pleasant Hill Church of Christ. He was preceded in death by his parents, Jerry and Lillian Blackmon and his mother-in-law,... View Obituary & Service Information

The family of Terry Wayne Blackmon Sr. created this Life Tributes page to make it easy to share your memories.

Send flowers to the Blackmon family.