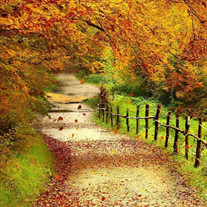 Johnny Robert Busby, of Graysville, Alabama passed away at his residence on Monday, May 4, 2020, on his 71st birthday. He is preceded in death by his parents, Wilson and Maggie Busby; and two brothers, George David Busby and James Busby. He leaves behind his beloved wife of forty nine years, Perry Walker Busby; son, Robert Daniel Busby (Ursula), three granddaughters, Mallory Busby, Maggie Roberts (Brannen), and Macee Busby; two grandsons Grant and Brett Ray; two great grandsons, Jedidiah and Elijah Roberts; one brother, Jimmy Busby (Faye), and numerous nieces and nephews. Robert was a certified natural pipe welder for forty one years for the city of Graysville. He was an avid outdoorsman and enjoyed many hunting excursions with lifelong friend, Larry Manning (Joycelyn). He was always willing to lend a helping hand to a neighbor or friend. To his family, whom he loved fiercely, he was a kind and gentle soul. He shared a very special relationship with his only son Daniel. He was immensely proud of Daniel and his career as a Fireman/Paramedic, as any Father would be. Robert would often show up on a call with Daniel as a volunteer Fireman, another title which he held for forty years. They spent many hours together, working side by side on projects, hunting, fishing and riding four wheelers. All hobbies that were passed down to his grandchildren. He was an extraordinary PawPaw, a title he cherished and took very seriously. With many after school trips to McDonald’s for ice cream “just because”. Or “walkabouts”, as he called them, where he walked around with the kids looking for grasshoppers or lizards. Regardless of the relationship that you had with this larger than life man, you wouldn't forget him, and couldn't, even if you wanted to. The kind smile that accompanied many stories, holidays, and birthdays, will be oh so missed. A graveside service was held at 11:00 am Thursday, May 7, 2020 at McCormack Cemetery. Pastor Teddy Wayne Johnson will officiate. The pallbearers were Jason Peterson, Steve Busby, Darren Hinson, Luke Manning, Landon Manning, Tyler Reed, Stanley Busby, and Larry Manning.

Johnny Robert Busby, of Graysville, Alabama passed away at his residence on Monday, May 4, 2020, on his 71st birthday. He is preceded in death by his parents, Wilson and Maggie Busby; and two brothers, George David Busby and James Busby. He... View Obituary & Service Information

The family of Robert Busby created this Life Tributes page to make it easy to share your memories.

Johnny Robert Busby, of Graysville, Alabama passed away at his...

Send flowers to the Busby family.