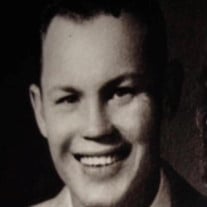 Harold L. Wilson, 89 of Cordova, passed away on Tuesday October 26, 2021 at his residence. After humble beginnings in Empire, he was drafted into the U.S. Army, where he was a member of the 4th Infantry Division during the Korean War. He was honorably discharged on March 14, 1955. During his service in Europe, he received the National Defense Service Medal, the Army Occupation of Germany medal and the Good Conduct medal. He enjoyed the sport of boxing while in the service. Following his discharge from the service, he married the love of his life, Barbara, and moved to Indiana to pursue an apprenticeship in machining technology. In 1972 he founded his own company, Wilson Machine and Welding in Sipsey, AL. He later expanded his business in Cordova in 1979, with continued expansion to Decatur, AL in 2006. He remained a selfless and generous man throughout his life. He devoted his life to the pursuit of owning his own business and providing a legacy for his children to carry on. After only spending a brief moment with him, you would know that his greatest passion was his work at his shop. He always said, “There’s no job too big or too small, we do them all”. He was a devoted Christian, always placing God first, above everything. He was a member of Dilworth Church of God for 53 years. Keeping God first, he was blessed with seeing the success of his family as well as his business. He had a few hobbies besides working at the shop. They included country music, horses, and spending time in the garden. Vacation and traveling weren’t an interest of his unless WWE was on tour. Funeral services will be Friday October 29, 2021 at 1:00 pm at Dilworth Church of God. Rev. Nelson Kimberly and Patrick McKinney will officiate. Burial will follow in the adjoining cemetery. Visitation is Thursday evening 6-8 pm at the church. Pallbearers will be Chad DeFoor, Patrick McKinney, Jay Herron, Tim Roberts, Spencer DeFoor and Shane Ratcliff. Honorary pallbearers will be Jimmy Stewart, Richard Wilson, Joe Wilson and Dennis DeFoor. He was preceded in death by his parents, Robert Lee and Lillian Mae Wilson and his siblings, Stella Roberts, Carl Wilson and Audie Wilson. Survivors include his wife of 66 years, Barbara Wilson; his children, Debbie Wilson, Richard Wilson (Michelle), Janet Wilson (Dennis DeFoor) and Joseph Wilson (Terri); grandchildren, Shane Ratcliff (Keri), Melanie McKinney (Patrick), Chad DeFoor (Kaylen), Mindee Herron (Jay), Morgan Wilson, Spencer DeFoor (Erin) and Maggie Wilson; ten great grandchildren; several other relatives and a host of friends. New Horizon Memorial Funeral Home directing 205-648-2323

Harold L. Wilson, 89 of Cordova, passed away on Tuesday October 26, 2021 at his residence. After humble beginnings in Empire, he was drafted into the U.S. Army, where he was a member of the 4th Infantry Division during the Korean War. He was... View Obituary & Service Information

The family of Harold Wilson created this Life Tributes page to make it easy to share your memories.

Harold L. Wilson, 89 of Cordova, passed away on Tuesday October...

Send flowers to the Wilson family.